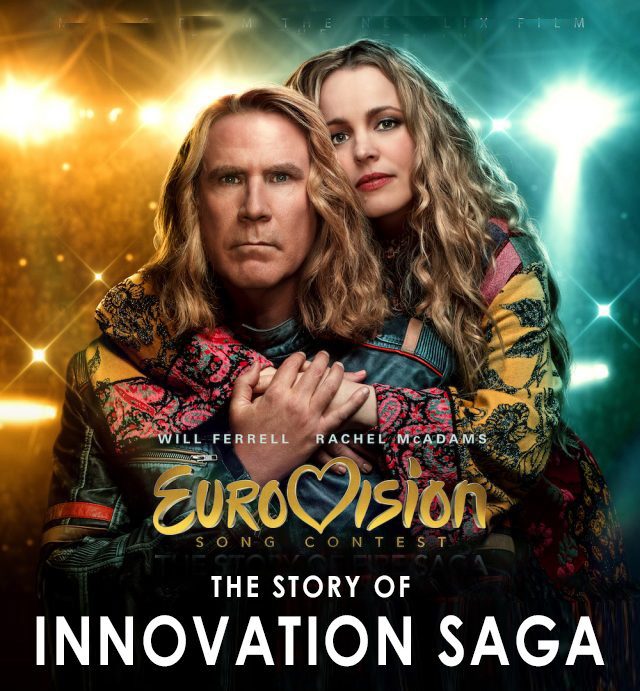 If you haven’t seen it yet, Eurovision Song Contest: The Story of Fire Saga is probably the biggest movie in the world right now. It’s #1 on Netflix and the perfect mood elevator for a world in lockdown. It’s been on fire on social networks as well, with fans of the movie posting “reaction videos” of themselves blubbering while watching the grand finale, like this was the musical answer to Christian the lion. Perhaps, in a way, this article is my own way of sharing my joy over this film – by explaining what this film and its concluding song can teach us about true innovation.

But first – SPOILER ALERT – if you haven’t seen the movie, stop here!

So what’s this movie about? It’s a musical comedy about a singing duo, Sigrit and Lars from Iceland, played by Rachel MacAdam and Will Ferrell, who hilariously wind up representing Iceland in the Eurovision platform. What I can tell you is that it starts out like a dumb little comedy, but it slowly builds into one of the best movies I’ve ever seen. It is truly a triumph of subtle filmmaking. 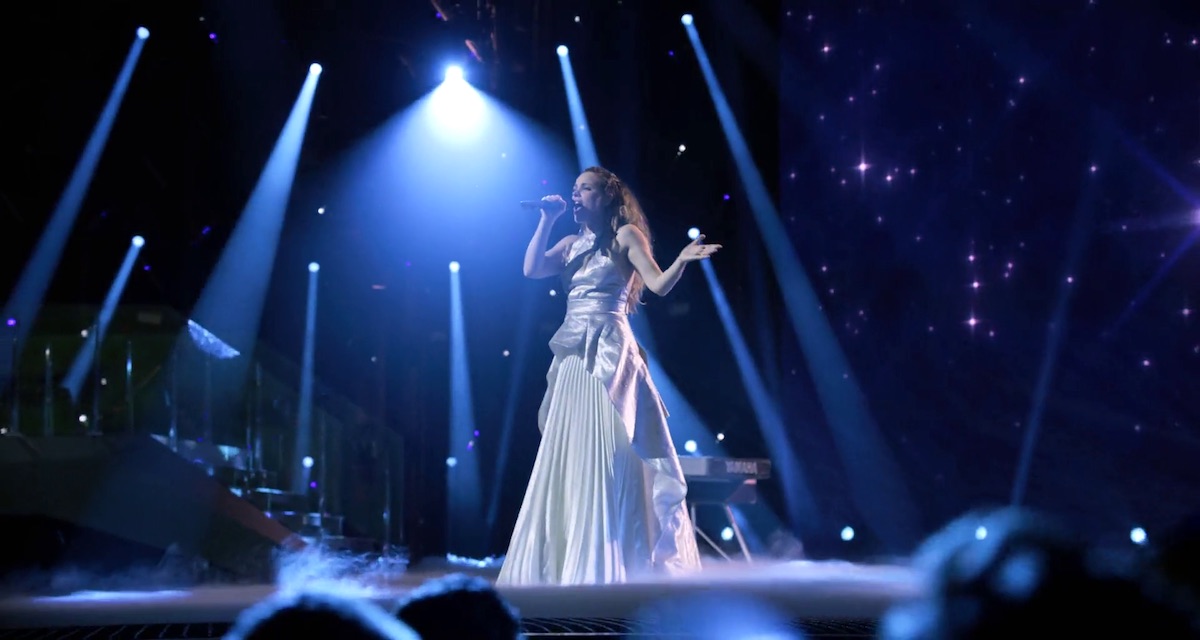 And that climactic last song Husavik is really something. The merging of MacAdam’s outstanding physical acting with the incredible voice of Molly Sanden was simply breathtaking. Sanden – who finished third for Sweden at the Junior Eurovision Song Contest in 2006 – is likely to be the next Sade.

So gushing aside, let’s get to the point… what can this movie and song teach us about innovation?

The answer is… a lot. I believe that deconstructing how this movie works can help us understand how to build killer apps and kick ass services. Cutting straight to the point, there are three factors that make this film successful which could be translated to business innovation: (1) It connects emotionally and resolves emotions at multiple levels. (2) It offers a vision of hope. And (3) it hits the “spreorg note”.

So first, let’s talk about connecting emotionally. One sign of great screenwriting is that the narrative arc completes in three levels: intrapersonal, interpersonal and extrapersonal. In this film, to find the spine of the story, the hero’s journey, we need to first see that Sigrit is actually the protagonist, not Lars. Yes, Will Ferrell may have had top billing, but Rachel McAdams pretty much steals the show because it’s really Sigrit’s story. Lars offers only comic relief. Yes, Lars had to earn the respect of his perfect and impossibly handsome father, but it was Sigrit who make the hero's journey through self-discovery and learns what would really make both her and Lars happy. Sigrit's motive seems prosaic at first, in that it is wholly romantic, as she hopes that one day Lars will reciprocate her love. She even asks the elves for the blessing of a baby, maybe, someday… oh, we’ll talk about it later…

But it is Sigrit who makes it to “all the neon lights and billboards.” And a Fabergé egg. Maybe a pet tiger. But she is able to see through the illusion, to realize that the bluebird of happiness was always in her own home town. She arrives at this realization so clearly that she leads Lars to this central realization as well. This song resolves the story arc at many levels – her inability to stand up for herself, the core conflict with her mother, the reluctance of Lars to love her fully, and the impossible goal of winning at Eurovision. In the end, she and Lars wins the adoring approval of the crowd, their parents in Húsavík, the Greek chorus at the Icelandic Public Television Ministry.

The second factor is a vision of hope. When I watched some of the reaction videos of the Húsavík song, one thing struck me. Almost every reviewer mentioned that when Sigrit began signing in Icelandic, it made them inexplicably happy. I felt this too. The rule of thumb at the real Eurovision is that songs usually need to be in English to have a meaningful shot. For some reason, adding Icelandic to the lyrics felt liberating. It felt like a little slap in the face of nationalistic authoritarian leaders who demand closed borders and ethic purity, heartlessly resisting the natural evolution of mankind toward cross-cultural openness, understanding and respect.

Do you know this joke? If you speak three languages, you’re trilingual. If you speak two, you’re bilingual. If you can only speak one language, you’re an American. By adding lyrics in Icelandic, it honors the vision of a better tomorrow when we all learn how to become one world, one people, one love. In fact, the film is unlike other comedies that disparage institutions, lovingly portrays the positivity of Eurovision. It's pure positivity.

And so, we should ask ourselves, “What is a speorg note for an innovator?” What is the distillation of our highest creativity with our deepest purpose and meaning? If you think about it, entrepreneurs like Steve Jobs and Elon Musk have certainly hit their speorg notes. Steve Jobs was all about the revolution launched by the Third Apple, to make his dent in the universe. Elon Musk’s SpaceX connects emotionally because it offers a vision of hope for humanity in space travel. And like Lars and Sigrit, they teach both us to never give up on our dreams.

And here is how YOU can find your entrepreneurial speorg note!

HOW TO FIND YOUR ENTREPRENEURIAL SPEORG NOTE

Follow these steps to find your voice and vision...

Now here’s the trick: use your true art form as a creative outlet to express your true dream. This will take some thinking and soul searching, to arrive at the perfect configuration of desires and dreams with your natural talents and calling.

So what is it for you? Share it in the comments below!

Only you can know what will truly make you happy, so only you can determine what your speorg note  is.

If you are working diligently to hit your speorg note, I applaud your indefatigability and encourage you to keep following your dreams! The key is to listen to your heart, and never give up!