A Mind-Blowing Vision: The Physical Internet 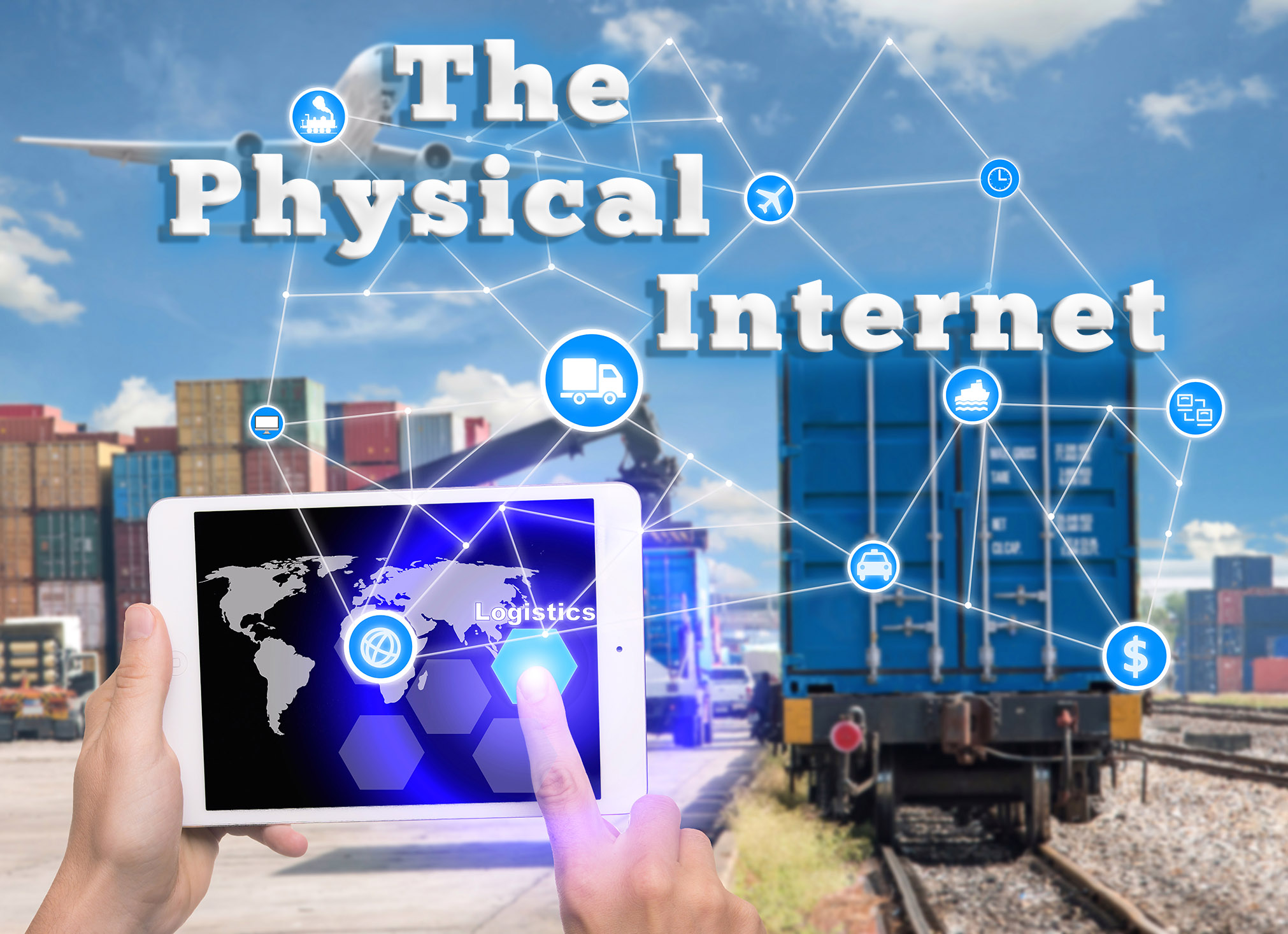 There’s a really wild idea taking root in the logistics business that asks the question: “Can we make real life more like the Internet?” From this, the vision of the Physical Internet was borne: a crazy notion to model the physical world of transport logistics after the technologies and methodologies of the digital internet. This vision was pioneered by Benoit Montreuil of Georgia Tech University, seeking to “packetize” logistical processes to create more efficient, effective, and sustainable supply chains based on open standards and processes.

So why is this important in the world of innovation? Because it's by studying truly breakthrough ideas, as they are emerging, that we can learn to master the art of innovation. This is the perfect opportunity to do so because this is a huge idea. Read this, and feel the excitement, and share your ideas about it in the comments area!

As with any innovation, let's start with the customer pain points. The reality is that the way we currently transport, store, and handle freight is pretty inefficient—about 20 percent of all trucks on our highways are empty, what truck drivers call “dead-heading”—and the sprawling, ad hoc system that we’ve cobbled together is unsustainable over the long run from an economic, environmental, and societal perspective. The reality is that inefficiency is built into virtually every step of our processes, from empty trucks dead-heading a hundred miles to pick up their next load, to distribution centers that sit underutilized for days or even weeks on end.

And life’s not easy for the truck drivers either. A typical long-haul truck driver, following the federal Hours of Service rules of 11 hours cumulative driving in a day, would take almost five days to haul a load from New York to Los Angeles. Then it could take two or three weeks before that driver could book enough paying loads in the right direction to get back home! The stress of these long trips away from family is one of the main reasons drivers quit the trucking business.

Now instead of this, imagine a global logistics system that moves products in standard-sized, modular containers that snap together to fill a 40-foot standard container—as efficiently as an Internet router moving digital packets across continents. This is the vision of the Physical Internet, which is attracting not only considerable buzz in the logistics industry, but gaining momentum and investment, especially within the European Union.

Here's how the business models get disrupted: Freight transportation is now dominated by end-to-end transportation of full loads, which is like hiring a messenger to deliver each email personally. The key is to shift from individual packages and pallets that get packed into standard containers, to standardized, modularized, digitally empowered containers, cleverly called "π-containers," that snap together to make up a standard 40-foot container for a truck or railroad to haul. These π-containers are like packets, and much like an email, they will be decomposed and recomposed dynamically in what are called π-hubs, which are open logistics/sorting centers that exploit real-time identification, communication, state memory, and reasoning capabilities. This would transform a fragmented industry into what could be called the Logistics Web.

Recent studies have demonstrated that this crazy idea might actually work. A team from the CELDi research center (supported by the U.S. National Science Foundation), working in collaboration with industry leaders such as CHEP, J.B. Hunt, Procter & Gamble, Tompkins International, and WalMart, conclude that if 25 percent of the U.S. supply chain would adopt the Physical Internet, it would produce an annual profit boost of $100 billion, a 32 percent reduction in greenhouse gas emissions (150+ Tg of CO2 annually), a reduction from 100 percent to 24 percent in annual driver turnover, and at the same time, U.S. consumers would end up paying less for anything that has to be transported from a distance.

The sad reality is that the lack of standards, modularity, and openness has bottlenecked innovation in the logistics industry. We’ve had to live with marginal innovation, which has strangled the development of things like more efficient conveyors, forklifts, and storage systems for decades. Moving toward the Physical Internet will not only transform long-haul logistics but could also stimulate breakthrough thinking in last-mile delivery and sustainable urban re-planning. And we must not focus solely on the infrastructure, because of the massive scope of the problem, we also need to think about the large-scale optimization algorithms we’ll need to finetune the Physical Internet and City Logistics for maximal disruption potential.

Finally, let’s talk about these large-scale optimization algorithms, which are necessary to squeeze every drop of efficiency possible out of these future systems. Large-scale optimization is the cherry on top of the Physical Internet, but is an incredibly difficult problem, involving millions of variables. However, many sophisticated tools are already available today that can chip away at it—constraint programming, machine learning algorithms, evolutionary algorithms, genetic algorithms, metaheuristics, and the like.

Dr. Gary Kochenberger, a professor at the University of Colorado in Denver and an expert in mathematical optimization, adds, “We’ve been working on something called "QUBO," aka quadratic unconstrained binary optimization, blended with machine learning. Current optimization techniques are often based on randomization rather than purposeful search aided by search memory. Emergent approaches pioneered by partner and mentor, Dr. Fred Glover, can create a robust, diversified search unlikely to be matched by current techniques. Also, these techniques can serve as a bridge to quantum optimization, because QUBO lies at the heart of high performance and quantum computing hardware dedicated to optimization, like the D-Wave and Fujitsu quantum-inspired digital annealer.”

Someday, all of this will come together—including the commercial release of breakthrough quantum optimization computers—and will launch a revolution that could solve the large-scale optimization problem for global logistics in a systematic way. Then, all we have to do is add some robot truck drivers, automate the π-hubs, and don’t forget flying drones for the last mile delivery—all technologies that are already under development—and bam, welcome to the future! Pretty amazing, huh?